What Having High FDI Means for the Philippines

We’ve all been hearing that the Philippines is currently receiving significant high Foreign Direct Investments. These will all mean great to economists and entrepreneurs, as this means that the country is progressing.

But to a layperson, the details might seem a little lost. Once you break down the jargons and the highfalutin terminologies, it’s pretty easy to comprehend on what having a high FDI means for the country. Simply put, more investments from foreign sources, means more business and job opportunities for the Philippines as a whole.

As per Forbes, the Philippines have received majority of its FDI last year from its neighboring country, Japan, as well as other city-states like Hong Kong and Singapore. The country’s traditional ally, the United States, also invested quite significantly. 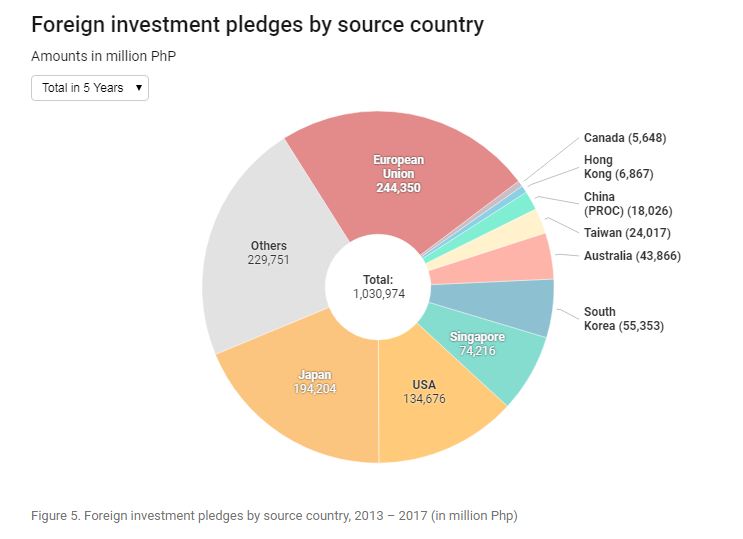 Japan basically accounts for about $600 million in investments, while the U.S. gave at around $160 million.

As for China, the Philippines, basically received around only $27 million, although the government’s increasing relations with the country could lead to a future increase.

Unlike other forms of investments, FDIs are seen as all around better, as it stays longer, and creates more opportunities for Filipinos.

As mentioned by the experts, FDI’s benefits are built for the long-term, and not just sudden, one-time, spurts.

Having high FDI also means that doing business in the Philippines is easier, or its economy on the upside trajectory, which encourages other countries to invest. From 2010-2017, country’s rate of FDI was on a steady increase.

As per Rappler, If the FDIs are any indication, it just means that in general, the country’s economy is healthy and robust, but carries some structural flaws. But with careful planning by the government, and a talented head economist, these ailments can be remedied, leading to prosperous years for the country ahead.

How can we help? Let's Talk.